A trip to Washington's home. 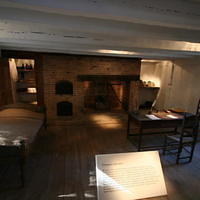 Because of his extended absenses from Mount Vernon, George Washington relied on his overseers to help keep his estates running smothly day-to-day. 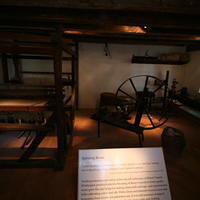 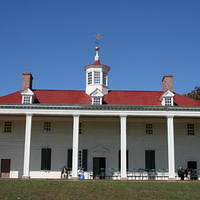 The front of Mt. Vernon. 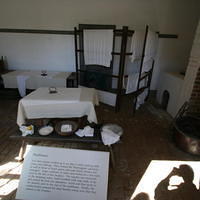 Two slave women worked up to six days a week washing table linens and clothing. They cleaned the Washingtons' garments, as well as those of house guests and some hired artisans and managers. 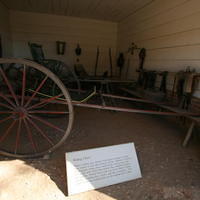 When a young man, George Washington acquired a riding chair similar to this 18th-century vehicle. Popular in America and England, riding chairs could travel country lanes and back roads more easily than bulkier four-wheeled chariots and coaches. Several slaves took care of the Mount Vernon vehicles, including Joe, a driver, and Jack, a wagoner. This coach house was reconstructed on the original site in 1894. 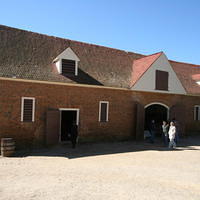 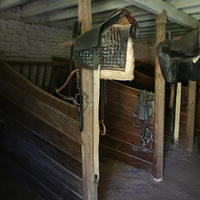 The stable area was a hub of activity at Mount Vernon. 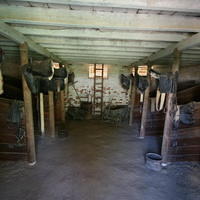 More of the stable. 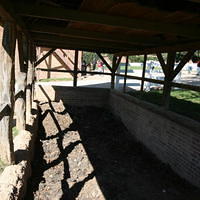 The "repository for dung" was designed to compost animal manure and a variety of organic materiels to "cure" into fertilizer for use in the nearby gardens and orchard. The building illustrates George Washington's dedication to finding ways to improve the fertility of his soils, and to convert Mount Vernon into a model of progressive farming. 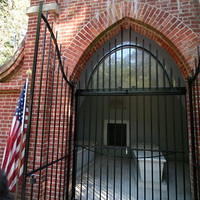 The tomb where George and Martha Washington's remains rest. 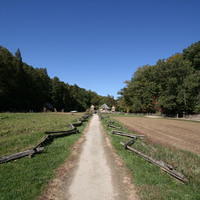 The walkway to Washington's barn. 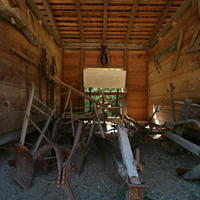 Washington looked far and wide for farm equipment to make his farming more efficient. Plows, harrows, and rollers were pulled by teams of horses, mules, or oxen to prepare the soil. 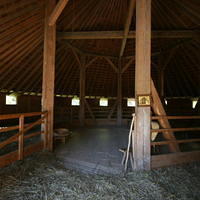 George washington invented this barn in 1792 to improve the processing of wheat.

Slaves spread harvested wheat on the outer circle of the floor. Horses trotted in a circular path, and the impact of their hooves broke the wheat out of the straw. 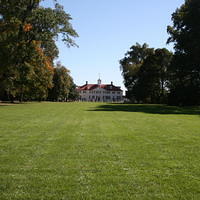 The bowling green in front of Mount Vernon. 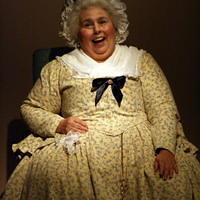 Martha Washington having a laugh.