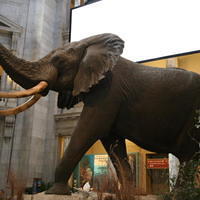 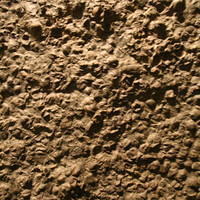 Fossils from a 440-million-year-old sea floor. 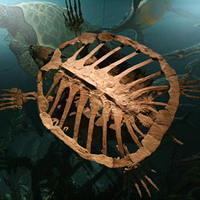 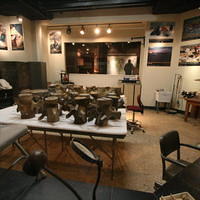 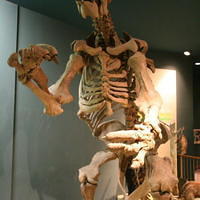 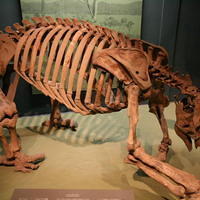 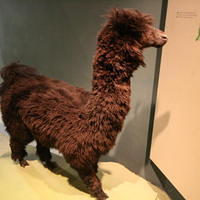 This llama is similar to Old World camels in skeletal and tooth structure. How did camels come to be so widely separated geographically? Fossils reveal the explanation. Camelids evolved in North America, becoming abundant and varied in the later Tertiary. Some were the size of sheep while others equalled giraffes in height and proportions. During the Pleistocene some spread to South America, others crossed the Bering Land Bridge to Asia and continued on into Europe and North Africa, while others still ranged throughout North America from Alaska to Florida. 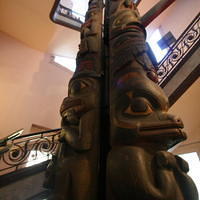 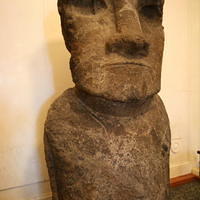 One of only six maoi to be removed from Easter Island, and one of only two in the USA. 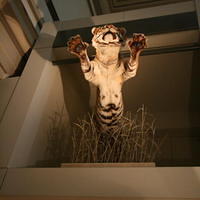 A tiger jumping at me. 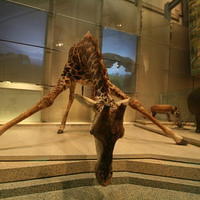 A giraffe bends down to get a drink of water. 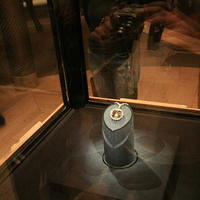 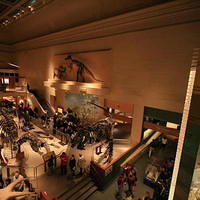 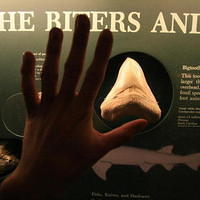 A tooth of an extinct great white shark that's about 4.5 million years old.

Although closely related to the living great white shark, this species was almost twice as long. Scientists estimate its body size by comparing its teeth to those of living white sharks of known lenth. 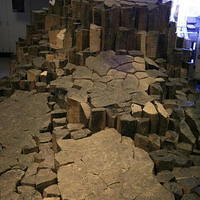 These lava columns represent one dramatic chapter in a saga that spans millions of years of geologic history. Like all rocks, they record the events that created them, enabling us to reconstruct the past and anticipate the future.